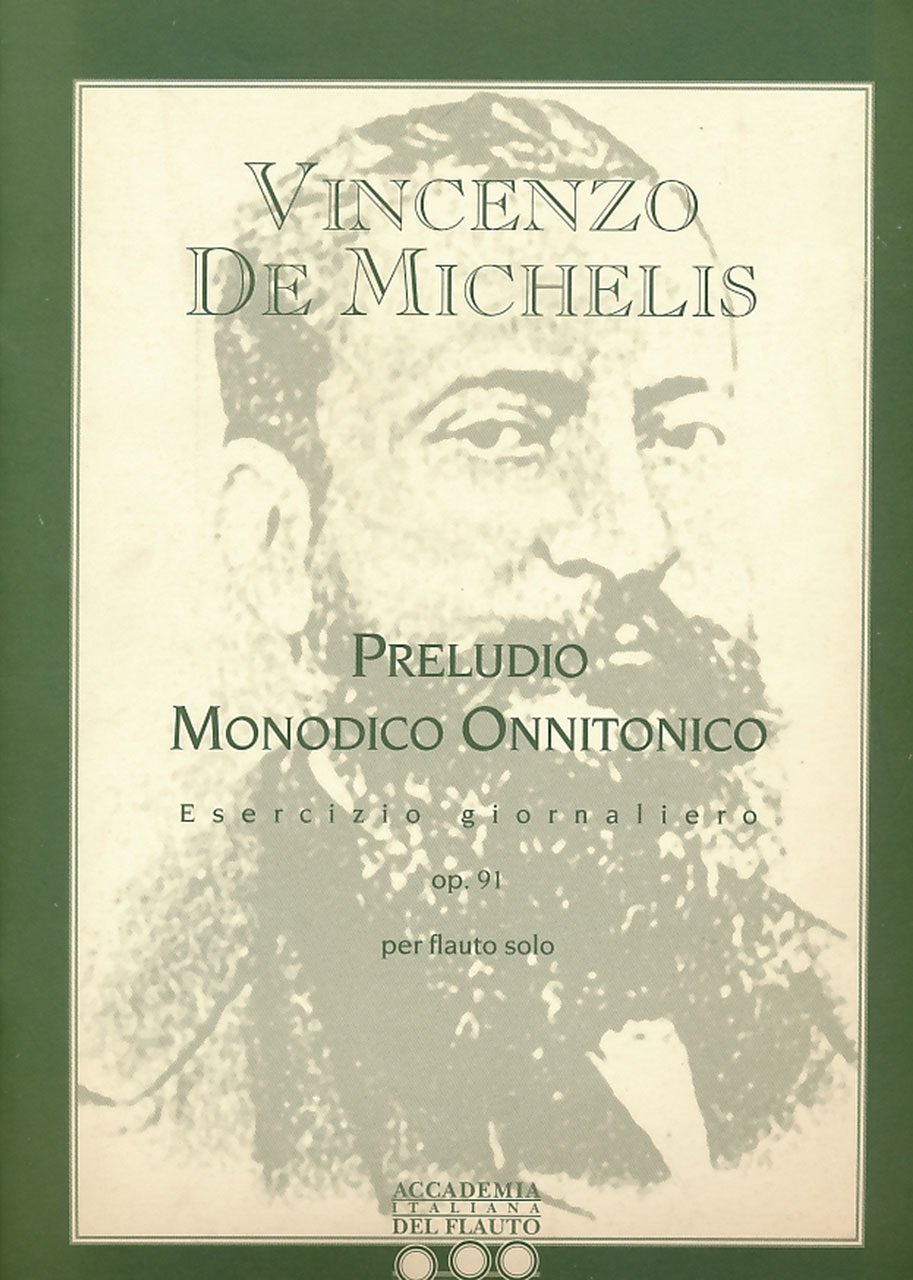 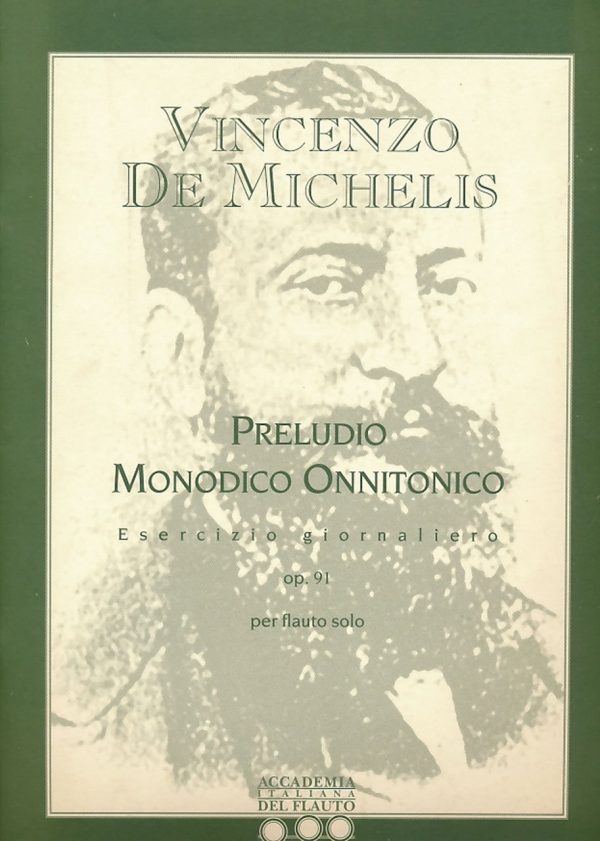 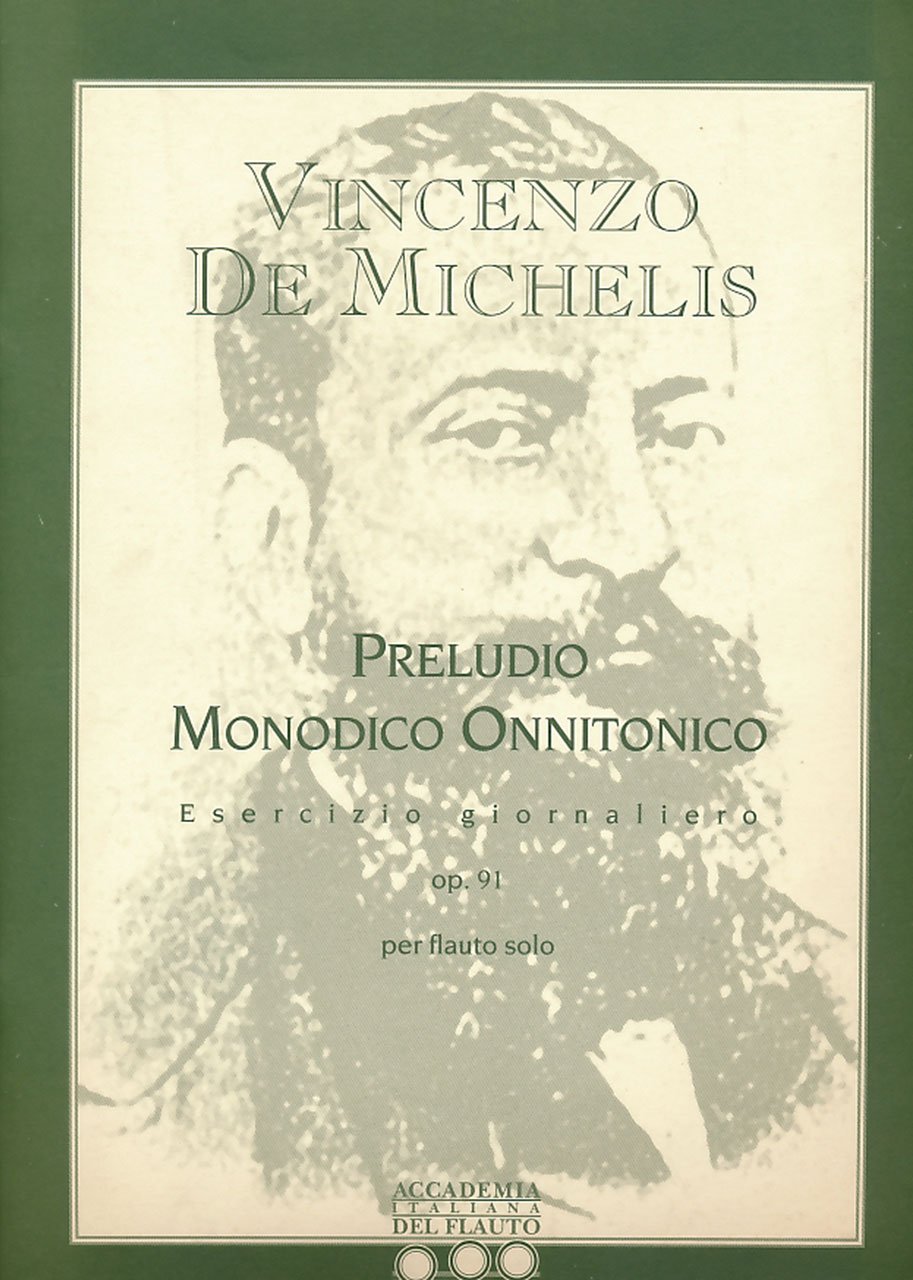 The Onnitonic Monodic Prelude op. 91 is a powerful exercise of flaw warming, from unsuspected “beneficial” resources (such as the discovery of the harmonics), a tortuous path through all the flutist tones (between the six bemolli and the five sharp ones in key). Vincenzo De Michelis.

The biographical information on Vincenzo De Michelis is very scarce, it is reported in full what he says Fortunato Sconzo in his The Flute and Flutists: "Valente flute concertist, held for years, with competence and decorum the place of the first flute at the Apollo Theater, and he was also a professor at the Accademia di Santa Cecilia in Rome, and he also attempted some improvements in the construction of the flute, and in 1874 he wrote a new method that particularly reflects the practical use of his constructive finds. flute and piano, and twenty-five further studies (Ed. Ricordi, Milan) ". The new flute system devised by De Michelis was a conical chamfer with 13 keys and 4 levers, and was made by the Roman manufacturer 'Fratelli Ricchi' and put into production by Agostino Rampone.

The flute for beginners vol.1