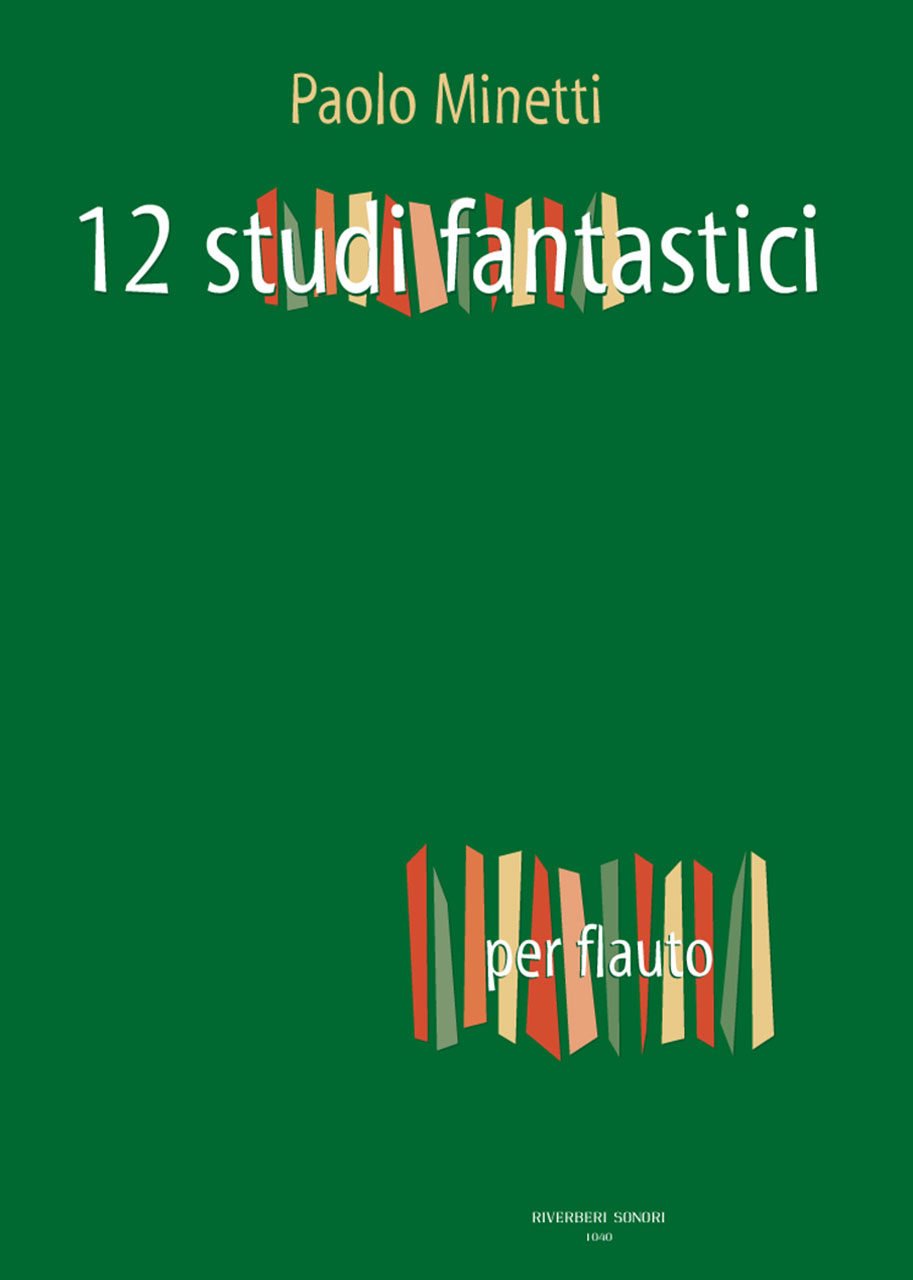 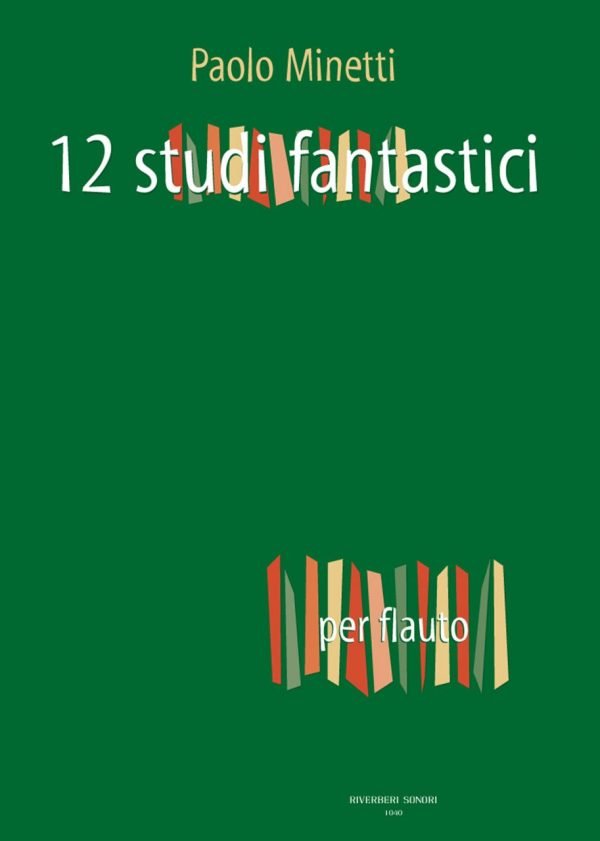 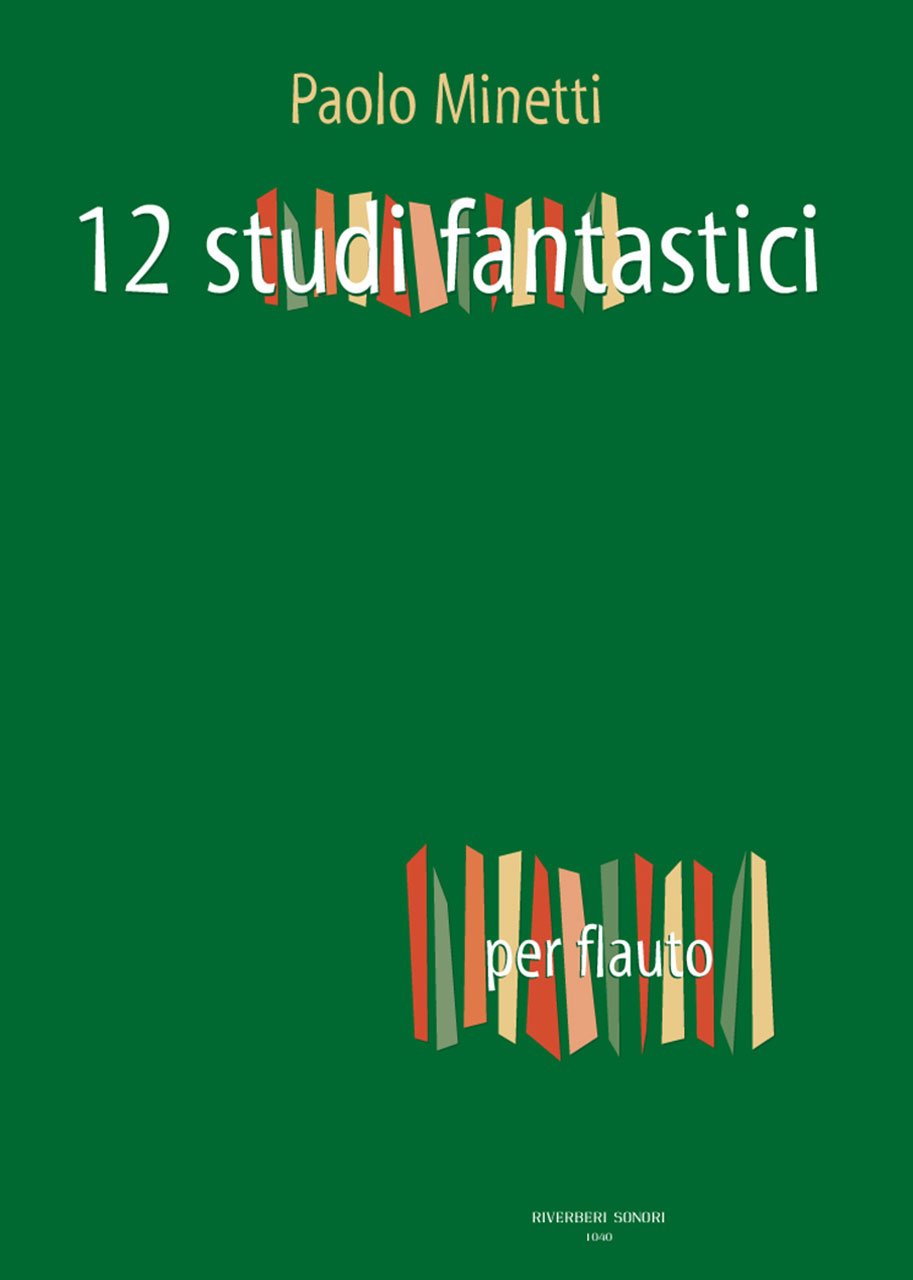 Twelve studies which combines the didactic element with the creative dimension: a free expression of emotions, suggestions, shadows of the memory… Minetti’s studies are based on the twelve tone of the chromatic scale, a tribute to Bach’s Well tempered klavier.

Born in Turin in 1961, he graduated in piano and composition at the Conservatory of his city.
He attended courses and stages of improvement in composition held by internationally renowned composers such as Manzoni, Nuñes, Grisey, Correggia and Petrassi at major institutions such as the Music School of Fiesole and the "Brera" Institute of Novara.
His compositions have been recognized and awarded in important national and international competitions, such as "Trento Cinema-La Colonna Sonora-" (Editions 1986/87 with president of the commission Enrico Morricone), Castel di Belveglio (1991), Tempo Teatro Imperia (L 'Ulivo d'Oro) with S.Sciarrino guest of honor, ICONS of Turin (1993, first ever for arcs), Bacchelli Livorno (1993), ALEA III Young Composers' Competition in Boston (1994), "G. Petrassi "extraordinary edition (Parma 1994) International Mitropoulos Competition of Athens (1997). He was selected at the Biennial Young Artists of the Mediterranean (Turin 1997), as the sole representative as composer of his native region.
His works have been performed in important national and international cultural events both in his city of origin and in other national and international locations by groups, ensembles and orchestras with proven experience in the field of contemporary music: Echo Ensemble (Imperia), Camerata Instrumental A .Casella (Torino, Settembre musica), Art Ensemble (Unione Culturale F.Antonicelli), A. Toscanini Orchestra (Teatro Regio di Parma), Boston University Contemporary Music Ensemble (Tsai Performance Center of Boston), Piedmont in Music with Serenata Ensemble ( Palazzo Taffini, Savigliano), Orchestra of Colors (The Athens Concert Hall, Megaron, Athens).
Some of his works have been published by important publishing houses such as Ricordi (Luci-Fer, for great orchestra), Fonè (Ba-Best, for Violin Clarinet and Piano), Riverberi Sonori (Twelve Fantastic Studies for Flute). In addition some of his compositions have been recorded by FADO RCA and Fonè. Since 1999 he has been a professor of Composition at the "F. Ghedini "from Cuneo.