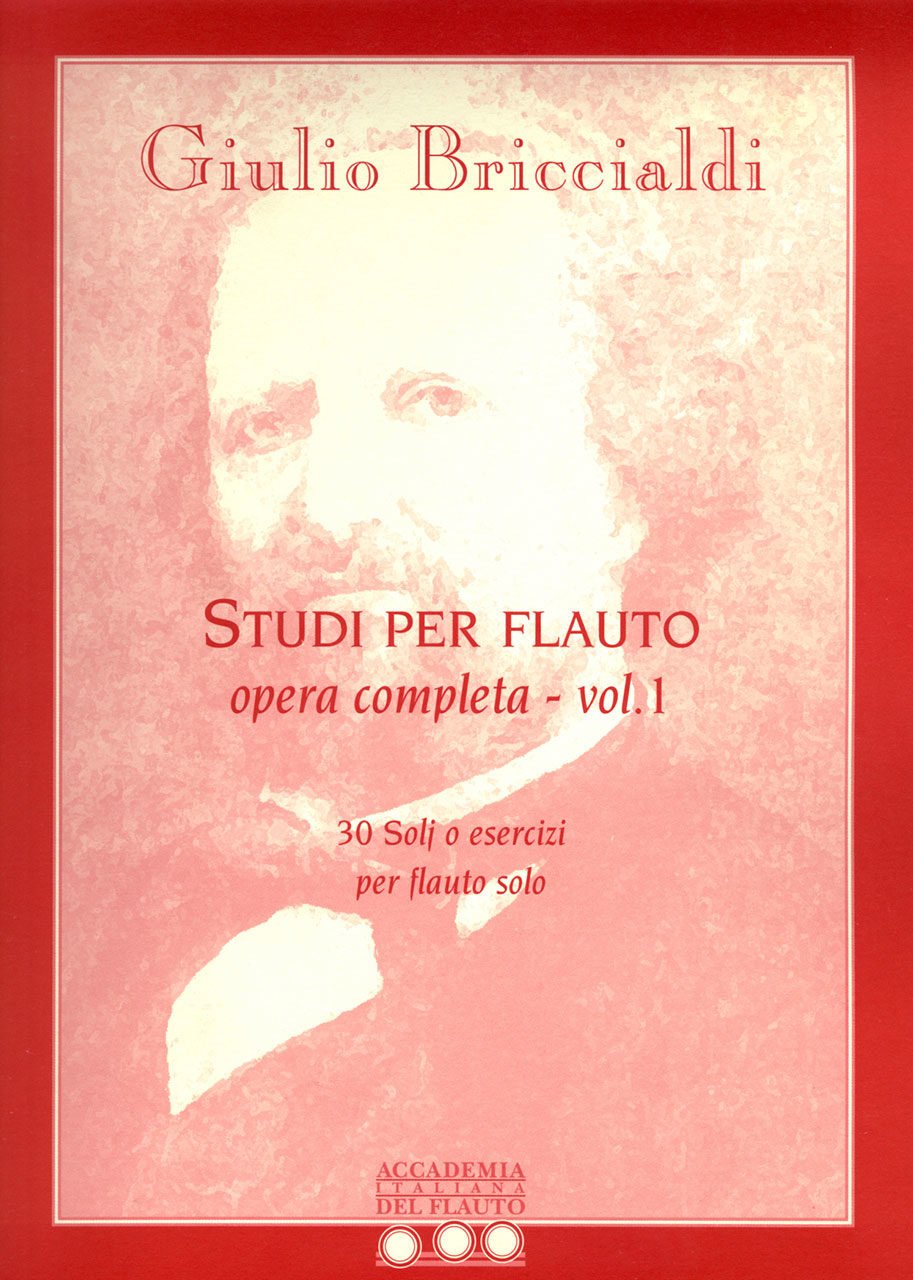 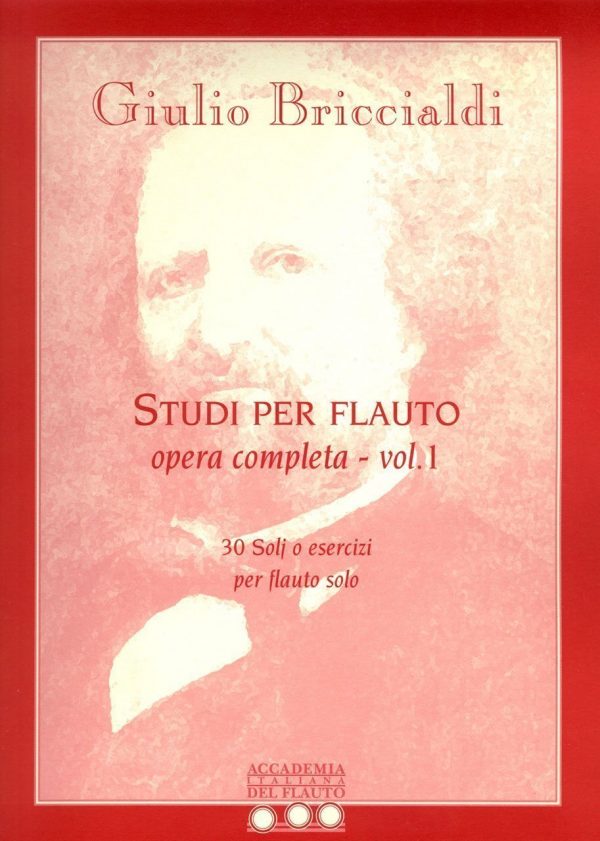 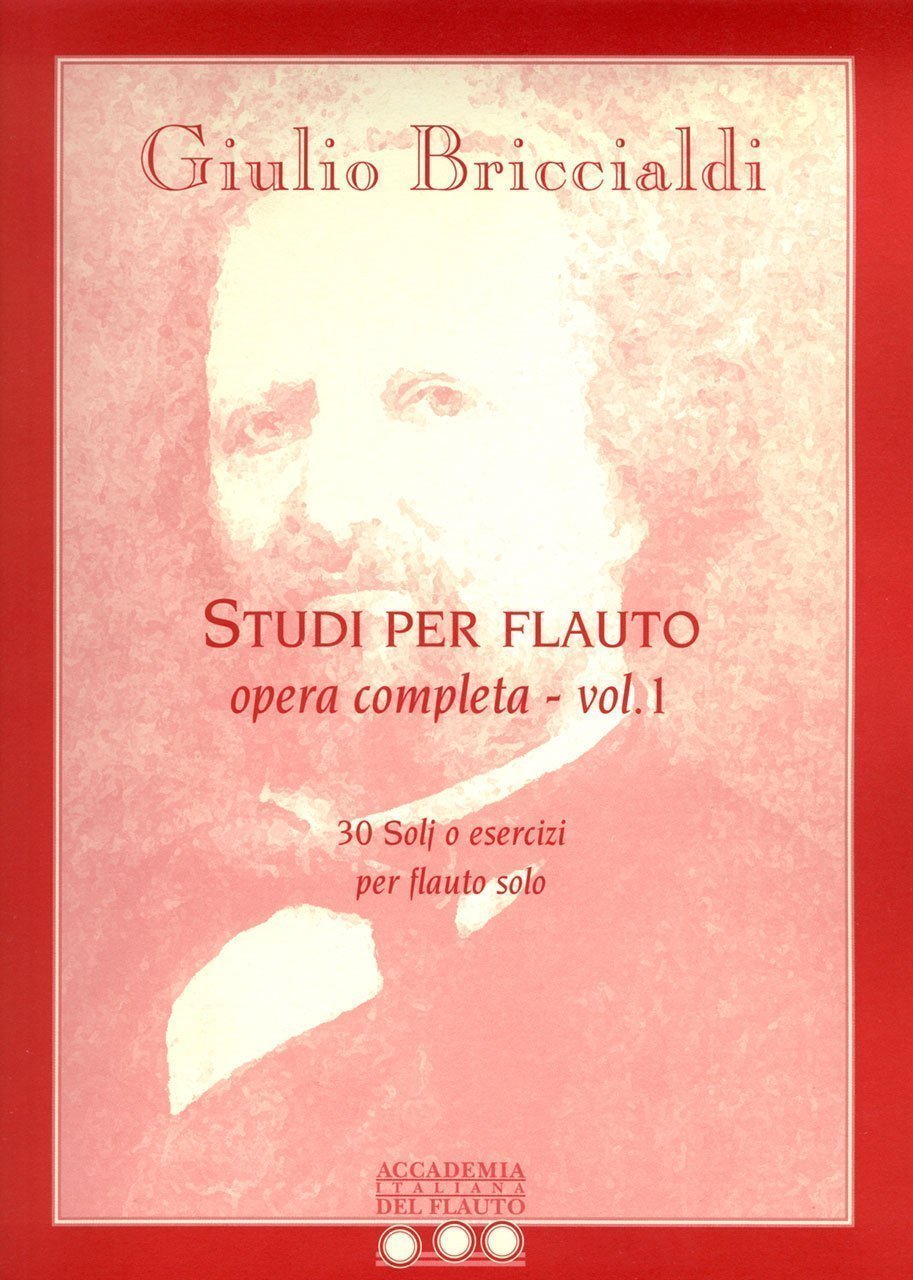 According to the author, these exercises have been “designed to overcome difficulties to produce a clear staccato in high notes, to make an espressivo melody in a different way from the arpeggios or the accompaniments”.

Giulio Baldassarre Briccialdi (Terni, 2 March 1818 - Florence, 17 December 1881) was an Italian flautist and composer. After receiving the first flute lessons from his father, he graduated from the National Academy of Santa Cecilia at the age of fifteen. He teaches flute both in Rome and in Naples, where he becomes flute master of the brother of the King. Virtuoso of the flute, he has a brilliant career in Italy and in the rest of Europe. In London, where the flute producer Rudall & Rose holds the patent for the improved cylindrical flute by Theobald Boehm, Briccialdi has the idea, in 1849, to add a key over the left thumb key, making it easier to play the B flat. This mechanism is now called the B flat - Briccialdi. In 1860 he was a band director at Fermo and from 1871 he taught flute at the Conservatory of Florence. On June 14, 1864 he became an honorary member of the Rossiniana Society of Pesaro. He composed the theatrical work Leonora de 'Medici (Milan 1855), several pieces for flute (solo and with other instruments) and didactic exercises. Once deceased, his fellow citizens organized a fundraiser to bring his body back to Terni, which took place four months later. An asteroid was dedicated to him, 7714 Briccialdi. From 1904 he is also entitled the music conservatory of Terni.

Be the first to review “Giulio Briccialdi. 30 solos or exercises for solo flute op. 31” Cancel reply

Francesco Santucci
14.00€ tax inc.
This site uses cookies, if you give us permission click on "I accept". More Info.