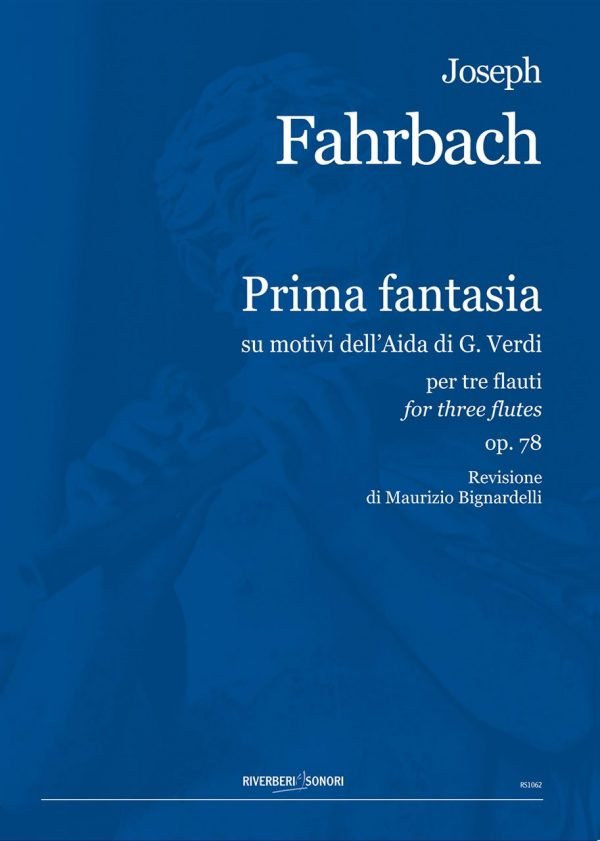 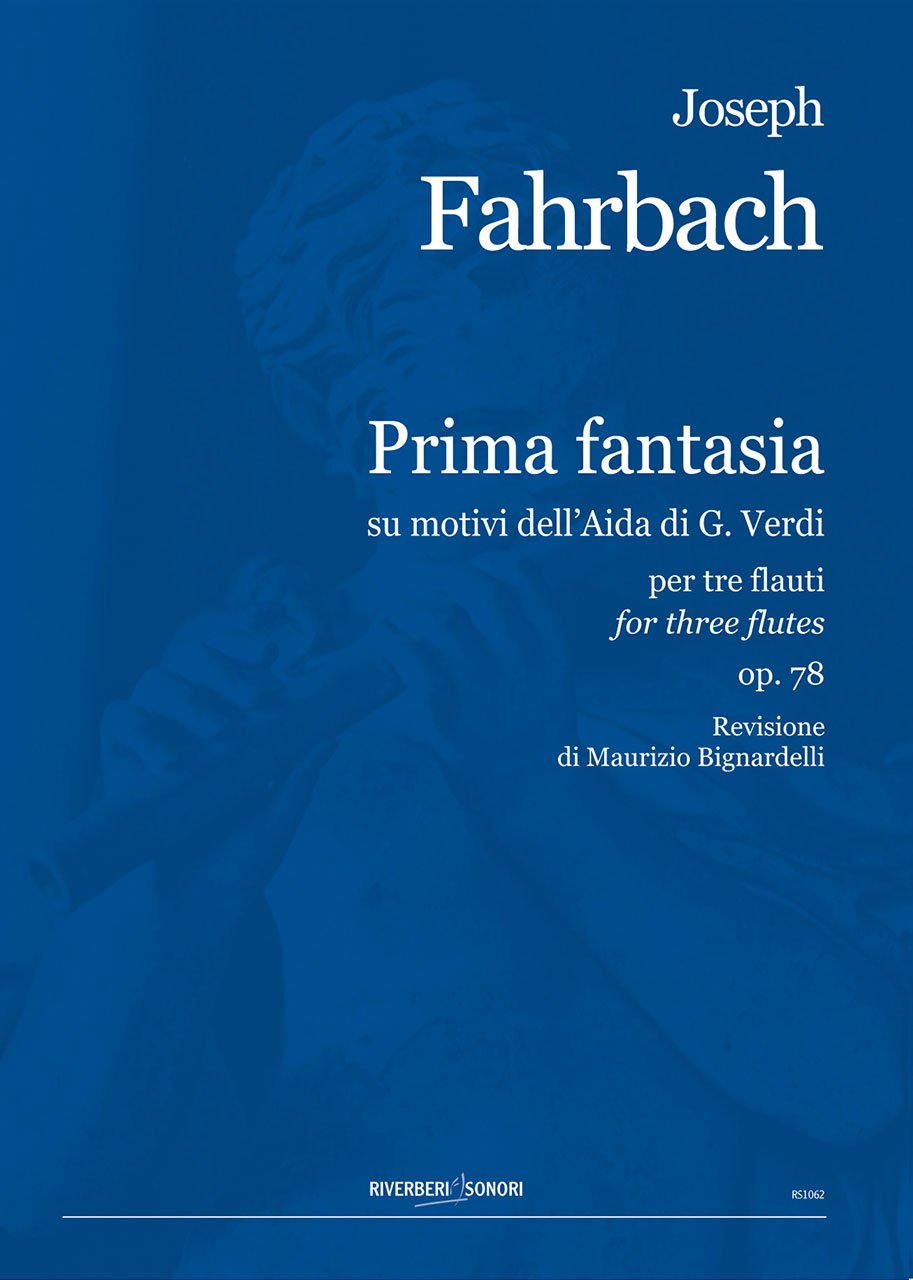 Joseph Fahrbach was a flute player, guitarist and conductor of militare band in Vienna. He wrote different arrangements for two, three, and four flutes which were published by Giulio Ricordi. That is the reason of the birth of the “Fantasia per tre flauti su motivi dell’Aida di Verdi op. 78” which are brilliant and useful pieces both for performing and teaching purposes.

Giuseppe Fortunino Francesco Verdi (Le Roncole, 10 October 1813 - Milan, 27 January 1901) was an Italian composer.
Giuseppe Verdi is universally recognized as one of the most important composers of operas, but also as one of the greatest composers ever. He took over the Italian protagonists of the musical theater of the early nineteenth century: Gioachino Rossini, Gaetano Donizetti and Vincenzo Bellini; like Richard Wagner, he interpreted in an original way, albeit different, the romantic elements present in his works.
Verdi sympathized with the Risorgimento movement that was pursuing the unification of Italy and actively participated for a short time in political life; during his long existence he established a unique position among his countrymen, becoming a profound artistic symbol of the unity of the country. It was therefore that, one month after his death, a solemn and exterminated procession passed through Milan, accompanying his remains with the notes of Va, Thought, the chorus of the Jewish slaves of Nabucco. The Va pensiero, written by him some 50 years earlier, expressing in fact the feelings of the Italians towards their lost hero, proved to what extent Verdi's music had been assimilated into the national consciousness.
Despite the musical influence of the composer on his successors has been limited, his works are still today among the best known and performed in theaters all over the world, in particular the so-called "popular trilogy": Rigoletto (1851), Il troubadour (1853) and La traviata (1853).

Joseph Fahrbach (Vienna 1804-1883).
He was a flutist, guitarist and director of military band in Vienna and also works in Milan at the time of Lombard-Veneto. Just in Milan, the publisher Giovanni Ricordi commissioned him to create melodramatic arrangements for two, three and four flutes without piano accompaniment. Precious didactic work resulted from the large number of amateurs and admirers of the transverse flute.

The flute for beginners vol.1