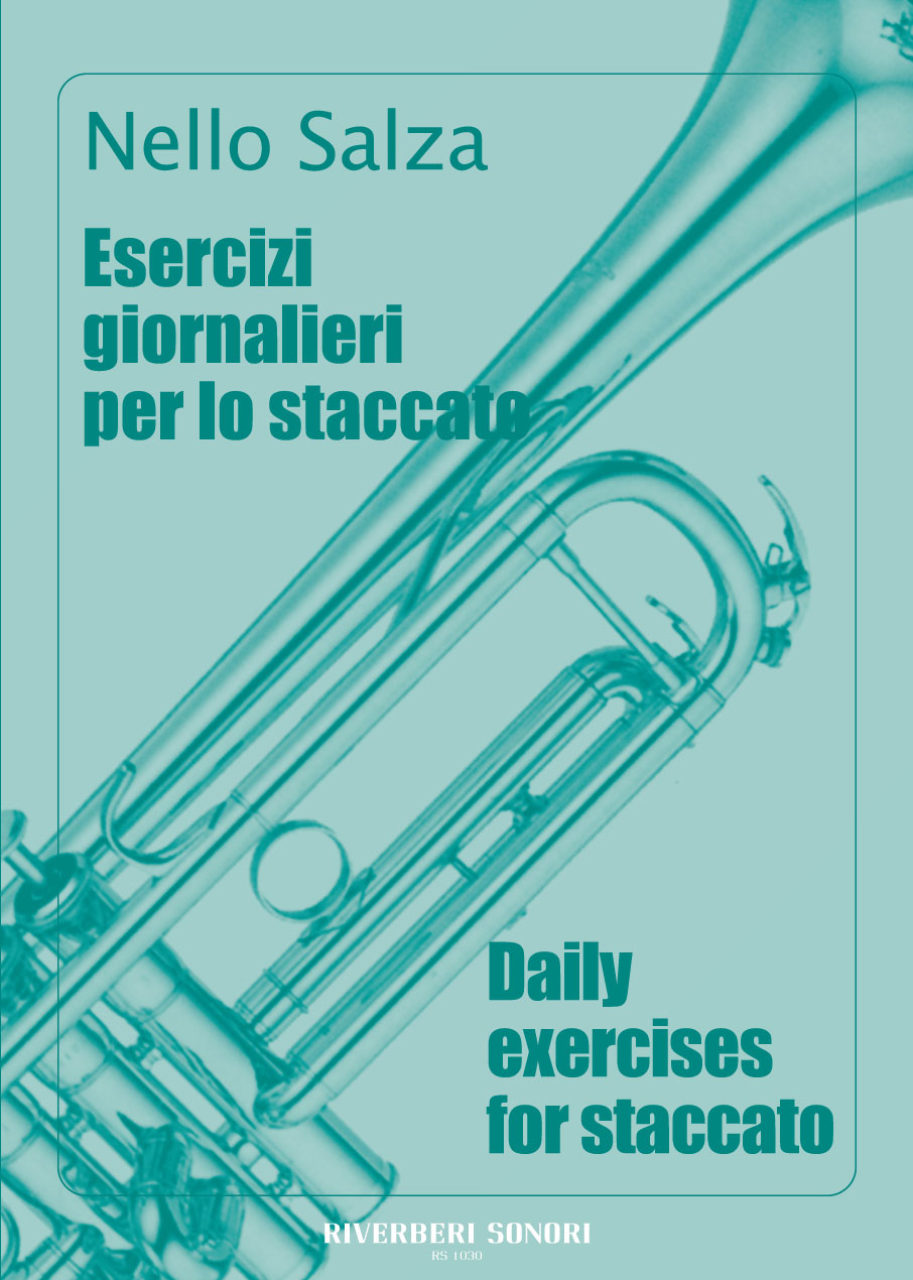 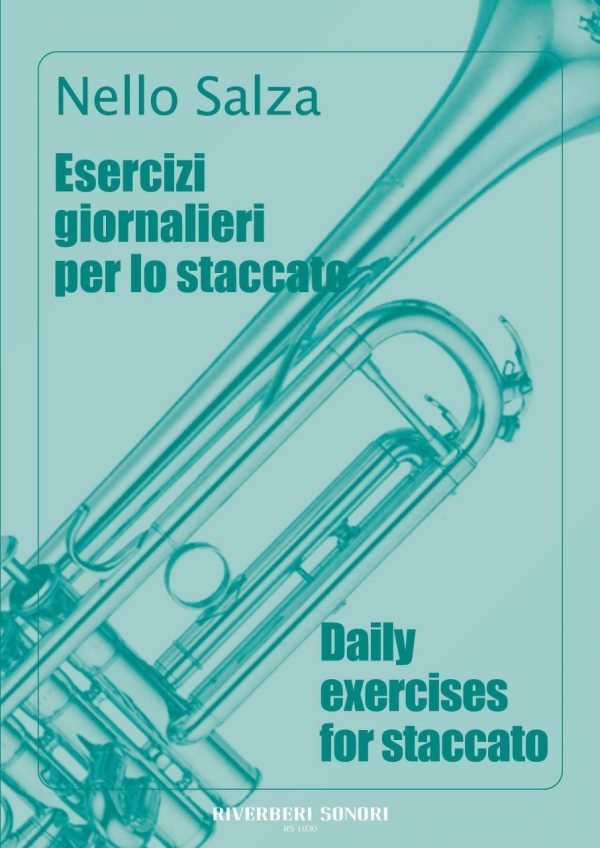 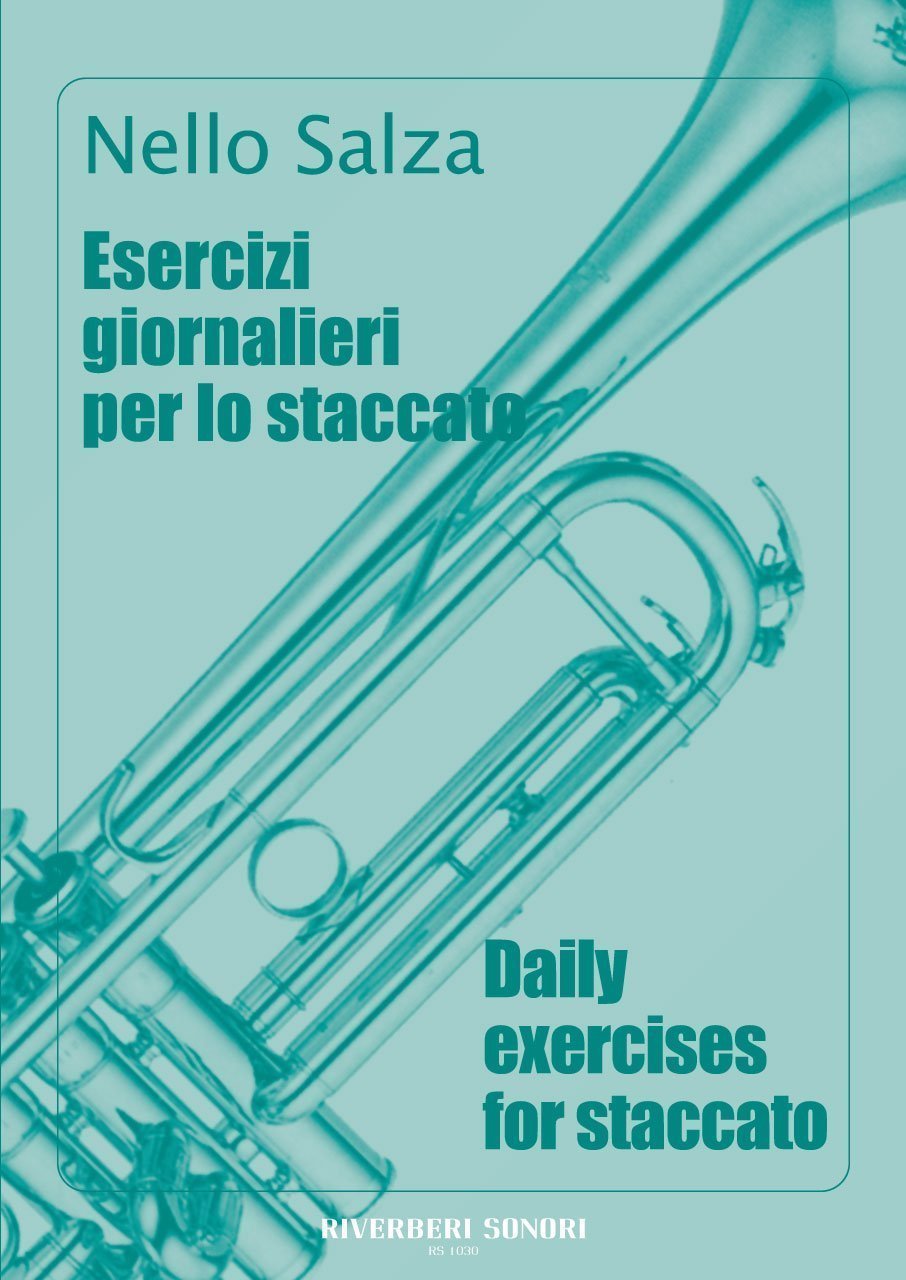 Divided in four sections, and structured in exercises and scales, the work is thought for players looking for a better a staccato technique. Practising these exercises may be done by degrees of difficulty or by subject: pentaphonic fragments, harmonics, double and treble staccato, major and minor modes.

From 1984 to today he has recorded about 300 soundtracks with the masters E. Morricone, A. Morricone, N. Piovani, A. Travajoli, R. Ortolani, P. Piccioni, L. Bacalov, R. Pregadio, and many others covering the starring role in film scores such as "La vita è bella", "La voce della luna", "Once upon a time in America", "The legend of the pianist on the ocean", "Nuovo Cinema paradiso", "La piovra "," Il Postino "and many others.
Already the first trumpet soloist of the Teatro del Opera in Rome, he has collaborated with several internationally renowned conductors such as GL Gelmetti, F. Mannino, N. Santi, G. Ferro, G. PatanË, D. Oren, Y. Aronovitch, G Kuhn, J. Tate, J. Nelson, B. Bartoletti, G. Bertini, M. Armiliato, Z. Pesko, D. Renzetti, W. Humburg, G. Lanzetta, GL Zampieri; previously he held the same role at the Teatro S. Carlo in Naples, the National Academy of Santa Cecilia, the Regional Orchestra of Tuscany and the RAI National Symphony Orchestra. With the Orchestra of S. Cecilia he toured the five continents under the guidance of directors such as L. Bernstein, L. Maazel, G. Pretre, W. Sawallisch, D. Gatti, G. Sinopoli, C. Thielemann
The award of the Oscar Award to the music of Nicola Piovani for "La vita è bella" was the consecration of Nello Salza as "Trumpet of Italian cinema" as the critics defined it for its twenty-year activity that has seen him protagonist of the great and unforgettable themes often composed for him by the most famous composers of the big screen. Nello Salza, born in Sutri (VT), studied at the S. Cecilia conservatory in Rome under the guidance of the masters Leonardo Nicosia and Biagio Bartiloro.

Sandro for trumpet and piano